A robot that detects cracks in tunnels now joins the many other robots being used by governments today. Under development now for the European Union’s ROBINSPECT program, the semi-autonomous tunnel-inspecting robot consists of a small unmanned vehicle connected to a crane and robotic arm with various sensors. A working prototype is expected to be finished sometime next year.

The robot can reportedly work at a rate of three feet per second, scanning tunnel walls and generating rough two-dimensional images. From those images, the robot searches for cracks meeting certain criteria and when it finds them, generates more detailed three-dimensional images using ultrasound and laser technology.

The robot requires a human operator, who can issue commands like “stop” or “advance,” but the robot’s work is largely autonomous, stopping only to notify the operator of cracks. Researchers predict such a robot could save government money by reducing the number of crew members needed to inspect a tunnel, while also increasing safety and reducing the duration of tunnel closures. 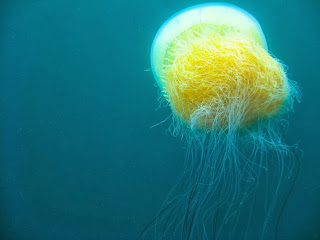