Showing posts from December, 2015
Show all

In Honor of Mike Fuhrmann 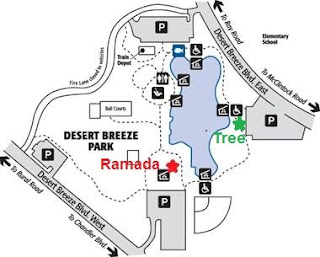 For those of you planning to attend the picnic and tree planting in honor of Mike Fuhrmann this Saturday, below is a map.

We have reserved a large Ramada for Saturday's picnic.  Below is a small map to show people where the Ramada is in relation to the tree.  If you have any questions, please let me know:   Eric.fuhrmann@gmail.com  We look forward to seeing you Saturday.

The Boston Tea Party was organized and carried out by a group of Patriots led by Samuel Adams known as the Sons of Liberty. The Sons of Liberty were made up of males from all walks of colonial society, and among its membership were artisans, craftsmen, business owners, tradesmen, apprentices, and common laborers who organized to defend their rights, and to protest and undermine British rule.

Famous Boston Patriots who were members of the Sons of Liberty included John Adams, John Hancock, James Otis, Josiah Quincy, Paul Revere, and Dr. Joseph Warren. Incited by the Sons of Liberty, over 5,000 people gathered at the Old South Meeting House, the largest public building in Boston at the time, at 10:00 AM on December 16, 1773, to decide what was to be done about the tea and to plan the Boston Tea Party. 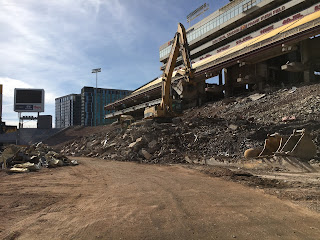 Sun Devil stadium has been the home of the ASU football team since it was built in 1958. The original seating capacity was 30,000 which was increased to 57,000 in 1975 and 70, 000 in 1976. The stadium served as the home for the Arizona Cardinals from 1987 until 2006. The renovation plans call for the seating capacity to be reduced, improvements in the seats, and additional administrative and training facilities on the south side of the stadium. Phases II and III of the project began right after the ASU - UofA football game on November 2.


The December 10, 2015 VoS CFMA monthly luncheon was replaced by a tour of the stadium.


Thanks to Kevin and Sundt for inviting CFMA VoS on a personal tour of this remodel project.

At this event, VoS collected monetary donations for St. Mary’s Food Bank in the amount of $765 - way to go VoS CFMA!
Thanks to Sundt Construction for arranging such great weather!