VoS CFMA 2013 PIONEER OF THE YEAR AWARD RECEIPENT ANNOUNCED!
The 2013 Pioneer Award recipient has been involved in the steel fabrication and erection business in a number of capacities since 1958.  In 1976 he started a small father and son steel erection company. In just three decades, the firm has grown to be a leader in the steel fabrication and erection industry with about 1,500 employees, an expanding stable of subsidiaries and projects totaling more than $700 million annually.  The rapid ascent was born of a visionary strategy summed up in the firm’s credo: We Make It Happen.
We would like to announce our 2013 Pioneer Award Recipient is Dave Schuff of Schuff Steel!
Mr. Schuff served as President and Chief Executive Officer of the Company from its founding in 1976 to 1995. Please mark your calendar and plan to join us Thursday, April 18th at the Executive of the Year Banquet and help us honor Mr. Dave Schuff! 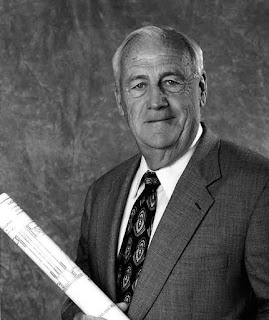